ANEO "Friends of the Baltic" and Ecocentrum organized the acquaintance of the owner of Golden Horseshoe ranch and experts from the Institute for Engineering and Environmental Problems in Agricultural Production (IEEP). The meeting was held on August 29th, 2018.

The participants discussed the impact of small farms on the Baltic Sea region environment and talked together about methods to reduce this impact.

Agriculture (incl. animal farming) makes a significant contribution to environmental pollution in the Baltic region. Alexander Brukhanov and Eduard Vasiliev, IEEP experts, told that manure waste is the main source of environmental pollution from agricultural production (85.1%). According to scientists, waste production in Leningrad region is 510 million tons. 230 million tons of them used as an organic fertilizer on the fields. At the same time, nutrient losses from inefficient using of organic waste estimated at 2.2 million tons per year (for nitrogen) and 0.36 million tons per year (for phosphorus). This is a great problem for both large and small farms.

The online system located on the web-page WWW.ECO.SZNII.RU can help farmers to select the right technology for manure utilization - it helps for large farms (for example, for farms with more than 200 cattles). However, what about small farms?

Educational tour to Estonia and Finland for Russian farmers was held in 2017 in the frame of Nature and Man international project: participants learned different environmental aspects of sustainable agriculture in neighboring countries. Svetlana Volnitskaya, the head of the Golden Horseshoe ranch was among the participants. 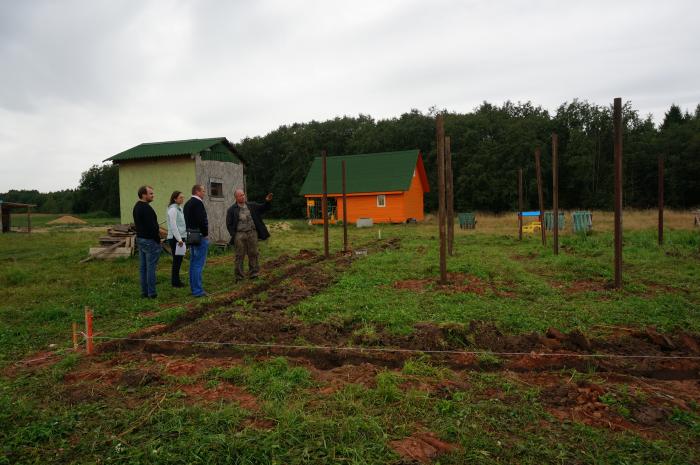 Svetlana has set herself the task of reducing the impact from the farm on the environment. This is important because the farm is developing rapidly: there are horses, goats, rabbits and even a camel on the ranch - a whole zoo from more than 20 different animals. The farm is growing - 100 goats will be on the ranch in the near future.

Ecocentrum specialists, in cooperation with agriculture experts, and owners of the ranch, plan to not only introduce new methods of manure management on the farm, but also create a platform for disseminating the experience among farmers from other areas of the Leningrad region, authorities and other interested people.

Svetlana believes that it is important to show good examples and practices of efficient and eco-friendly waste utilization for small farms of up to 50 animals, because small farms are the majority
among the farms of the Leningrad region. Scientists came to the ranch to develop recommendations on reducing the impact of the farm on the environment. To do this, they will analyze the amount of waste generated on the farm, and their composition. 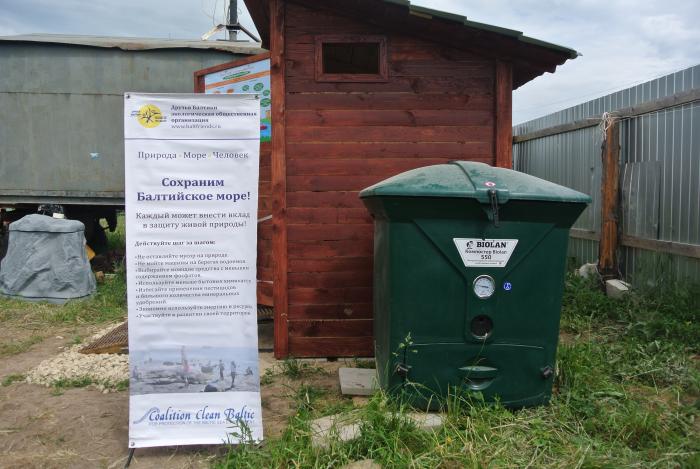 Demonstration complex "Dry toilet with separate collection and composting of waste" there is on the farm for two months. The complew was developed to show an eco-safety alternative of cesspool what is very widespread in the countryside. The toilet is also equipped for access of people with disabilities, among which there are many children who are engaged in hippotherapy on the ranch. The complex is installed by Ecocentrum in the framework of the projects "Local Solutions for Reducing the Nutrient Load on the Baltic Sea" and under support f Barents-Baltic Program Nature and People