On May 22, the interregional environmental action «Sestra River Festival» was held in the basin of the Sestra River on the northern shore of the Gulf of Finland and was dedicated to the problems of the river and ways to solve them. The event brought together 74 participants from St. Petersburg and the Leningrad Region as part of teams of schoolchildren, teachers and public organizations. 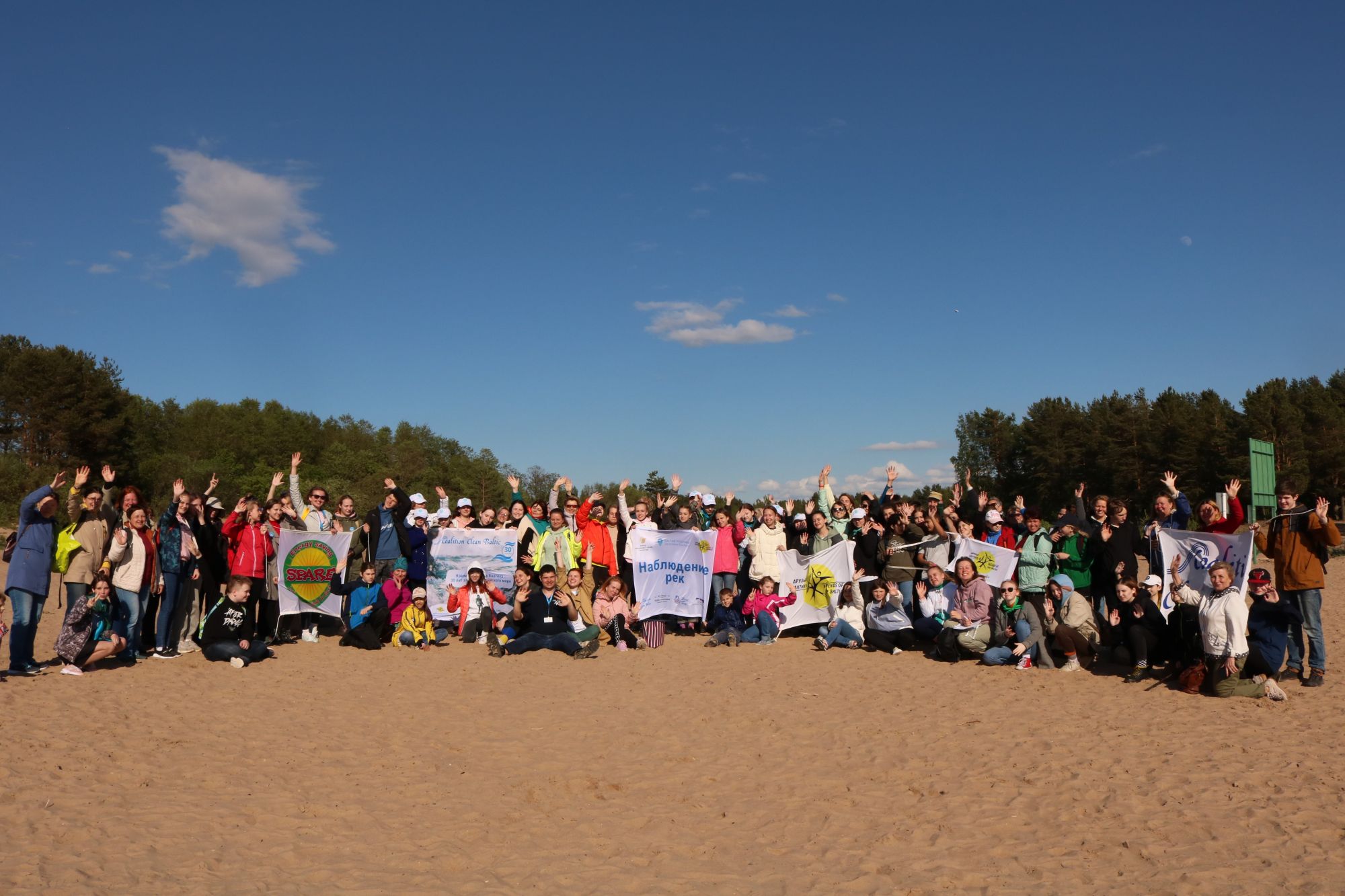 The Sestra River flows on the territory of two regions, different services are responsible for its condition, but from the point of view of nature and the interests of people, it is one river, one basin, from the territory of which all the waters fall into the river and into the Baltic.

Today, there are places of recreation, gardening, small enterprises and fishing on the banks of the Sestra river – the river gives a lot to people, it is part of their life, economy, recreation. At the same time, people affect the river through polluted water drains, garbage, dams. It is important to learn to understand the relationship between what we do with the river and how it affects its health and, ultimately, what we will get from it in response.

The festival was held in the format of a bus tour and the first stop was the beach on the Sestroretsky Razliv Lake, where the Sestra River flows into and from which the Malaya Sestra River flows, which already flows into the Gulf of Finland. There, the participants learned how to take samples to determine various water quality parameters, in particular, samples to determine the content of microplastics. 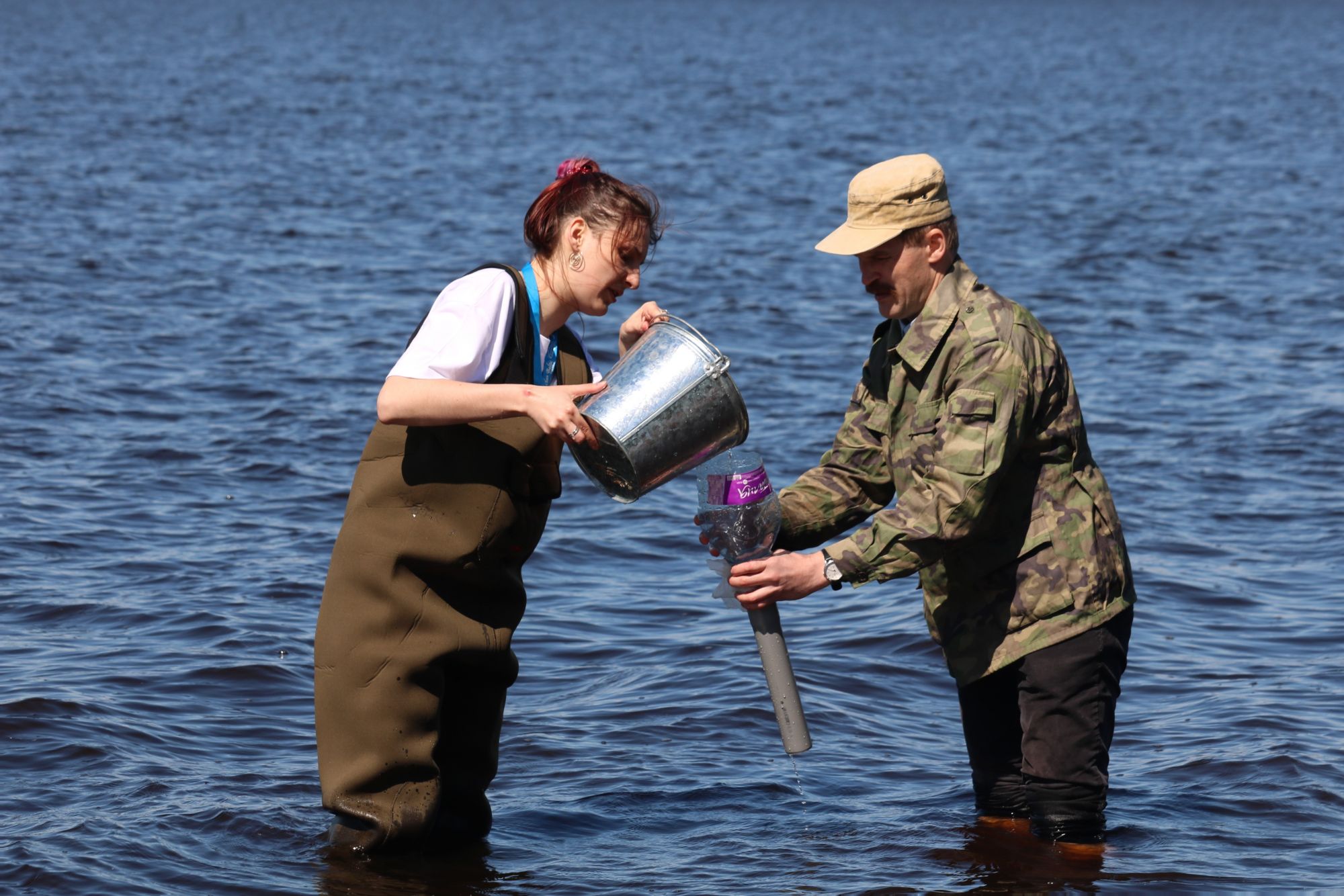 After lunch, the Festival moved to the coast of the Gulf of Finland, at the mouth of the Malaya Sestra River. The main program of the Festival was held here - an educational ecological game on stations, where participants learned about different aspects of the life of rivers and the sea. For example, at the Water Quality station they got acquainted with various methods of hydrochemical analysis, at the Coalition Clean Baltic station they learned about issues of marine protection within the framework of 30-year joint work of environmental organizations of the Baltic region, at the Stop Plastic Pollution station they learned about marine garbage, microplastics and modern challenges of the waste management industry. There were also stations dedicated to the wildlife of rivers – aquatic vegetation, freshwater fish and other aquatic organisms. 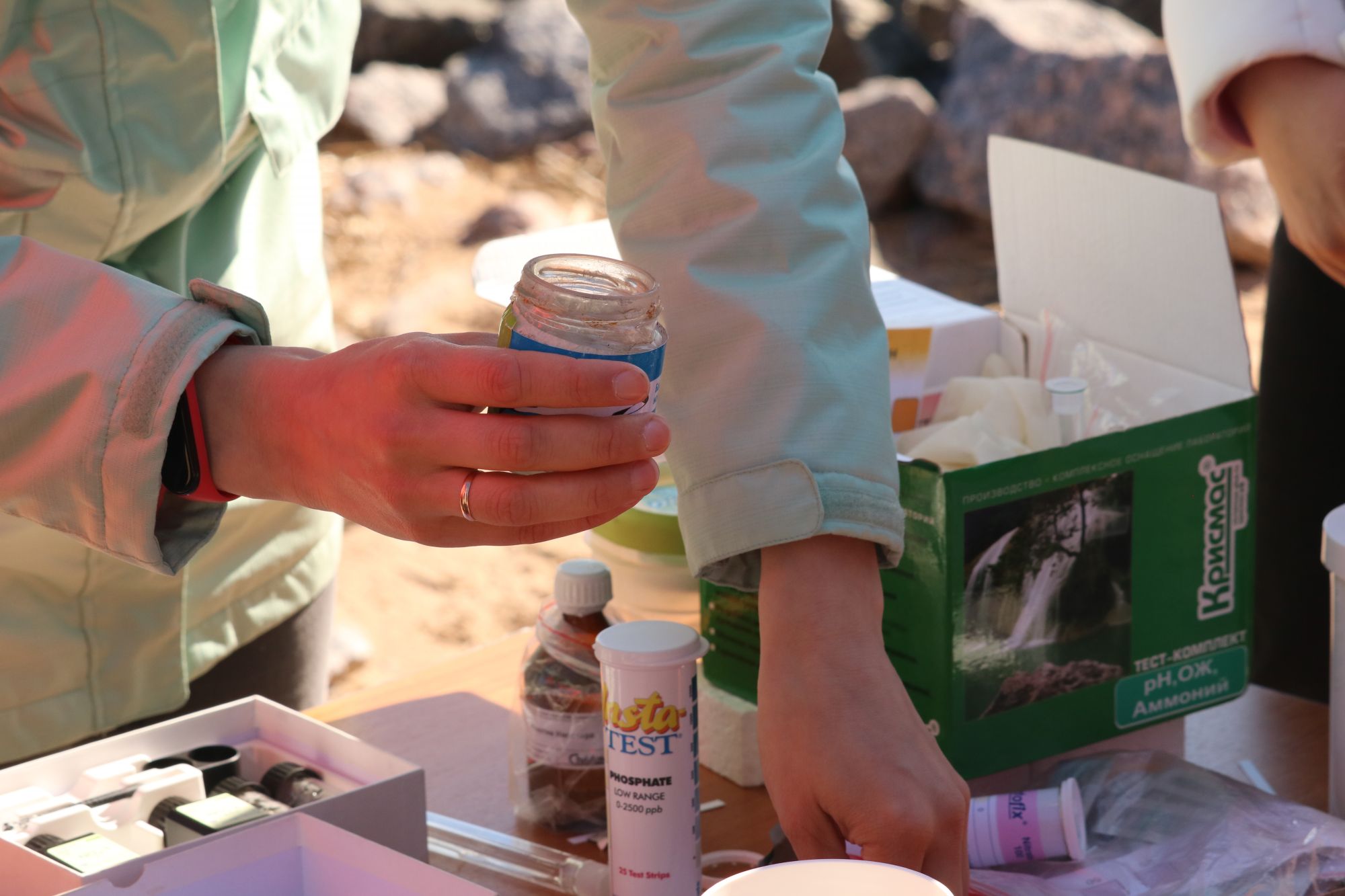 The traditional part of river festivals is the presentation of a multiyear River Belt sewn from pieces of fabric by teams from different parts of St. Petersburg and the Leningrad Region (each piece of belt represents a river that the team studies and protects) and the presentation of new teams with their pieces of River Belt that have not participated in the Festival before. The River Belt symbolizes a large river formed from small rivers and streams flowing down to it, carrying their waters to unite in a single bubbling stream and then dissolve into a calm sea. This is a clear example of the fact that when talking about the health and cleanliness of the river, we must take into account the state of all water bodies in its basin, because without this, high-quality system solutions cannot be achieved. The River Watch Program is the same big river, which would not have happened without dozens of teams from different regions, and for the Program to remain successful, everyone's contribution is important. All the data of public research from the River Watch teams and local residents fall on an open map. 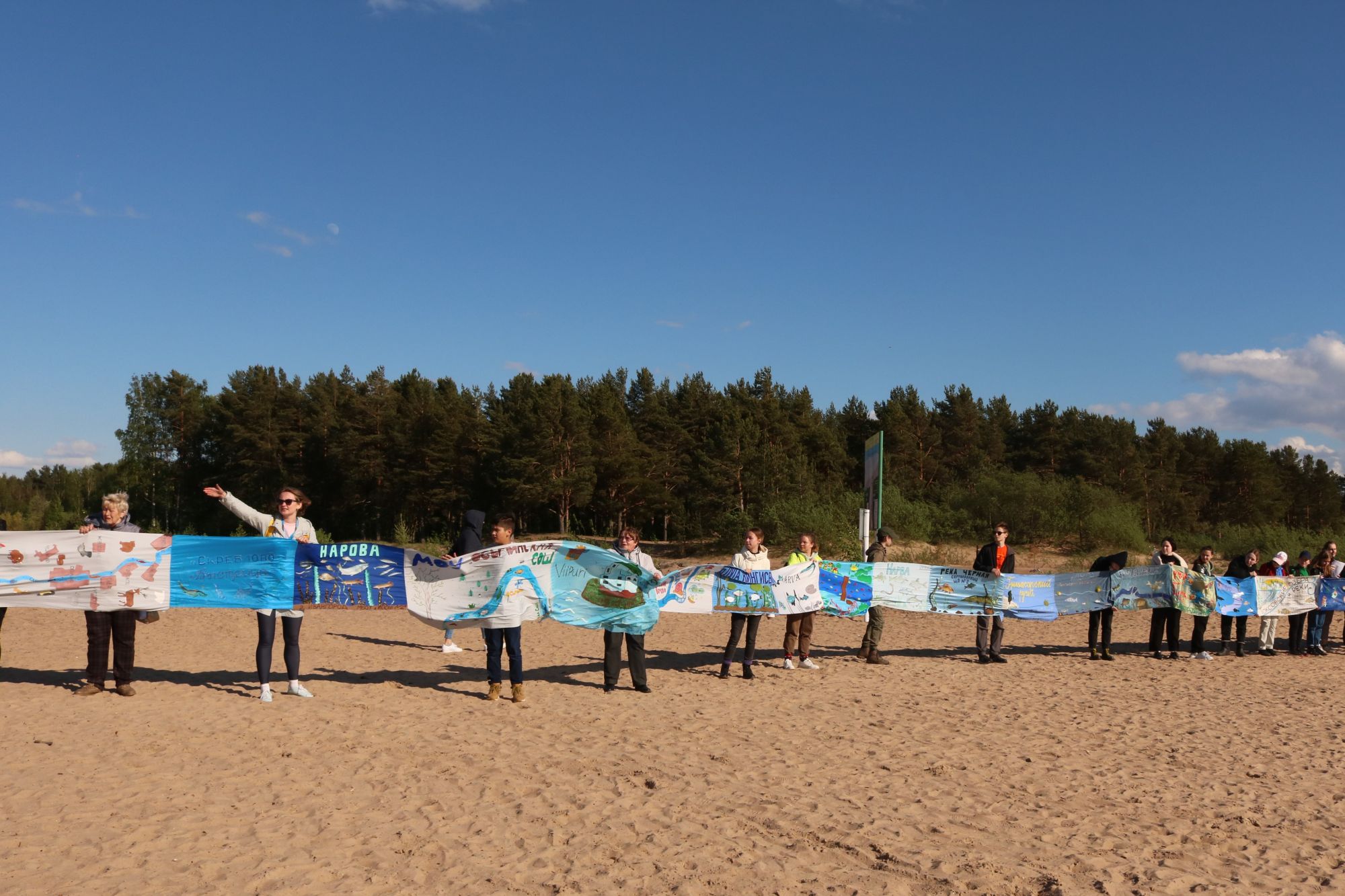 The Festival program ended with awarding the participating teams for their contribution to the study and preservation of water bodies in the Gulf of Finland basin. In 2020, our River Watch Program was replenished with new teams and the most active of them received T-shirts of «Friends of the Baltic» volunteers.

The festival was held by «Friends of the Baltic» with the support of the Leningrad Center for the Development of Additional Education for Children «Ladoga», the project «Water meets people: learn, act and influence» (SEVIRA), the South-East Finland – Russia CBC Programme, the Water Program of Belarus and Russia, the project «Clean Springs – Clean Rivers – Clean Baltic - Healthy People», supported by the Presidential Grants Fund, and the 30th anniversary of the international Coalition Clean Baltic. 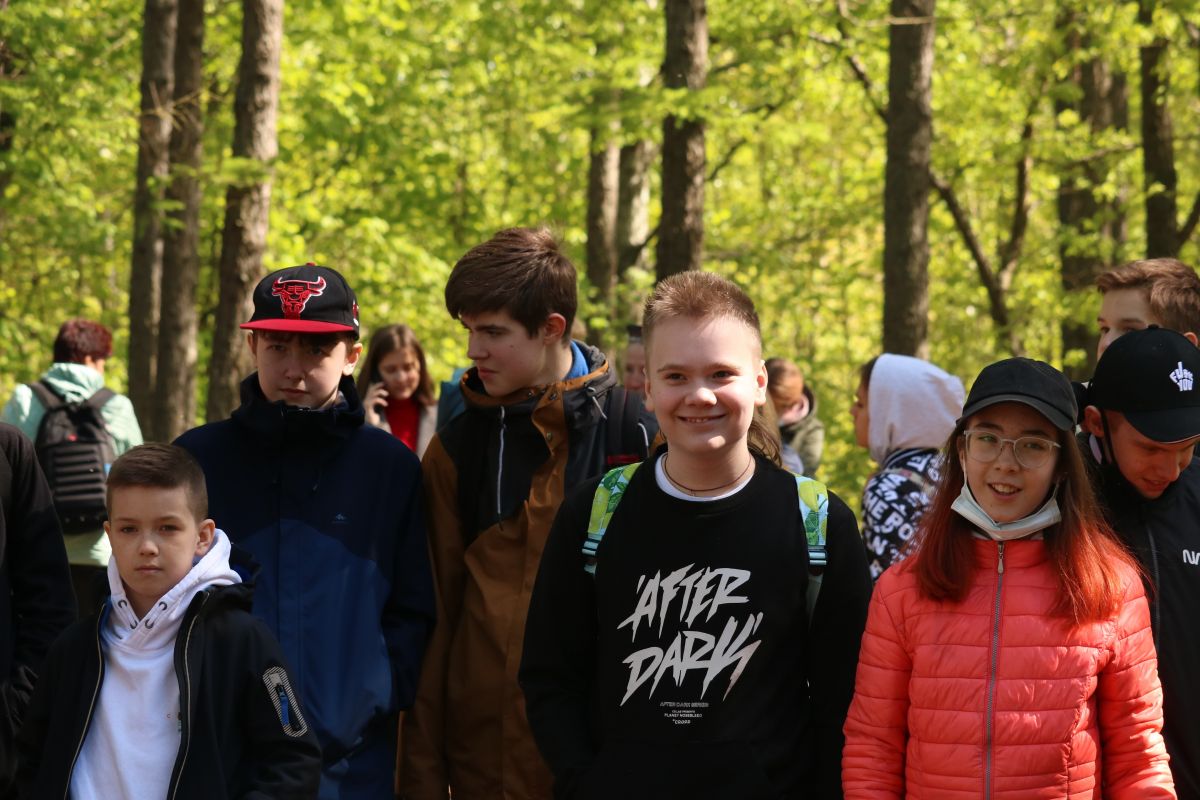 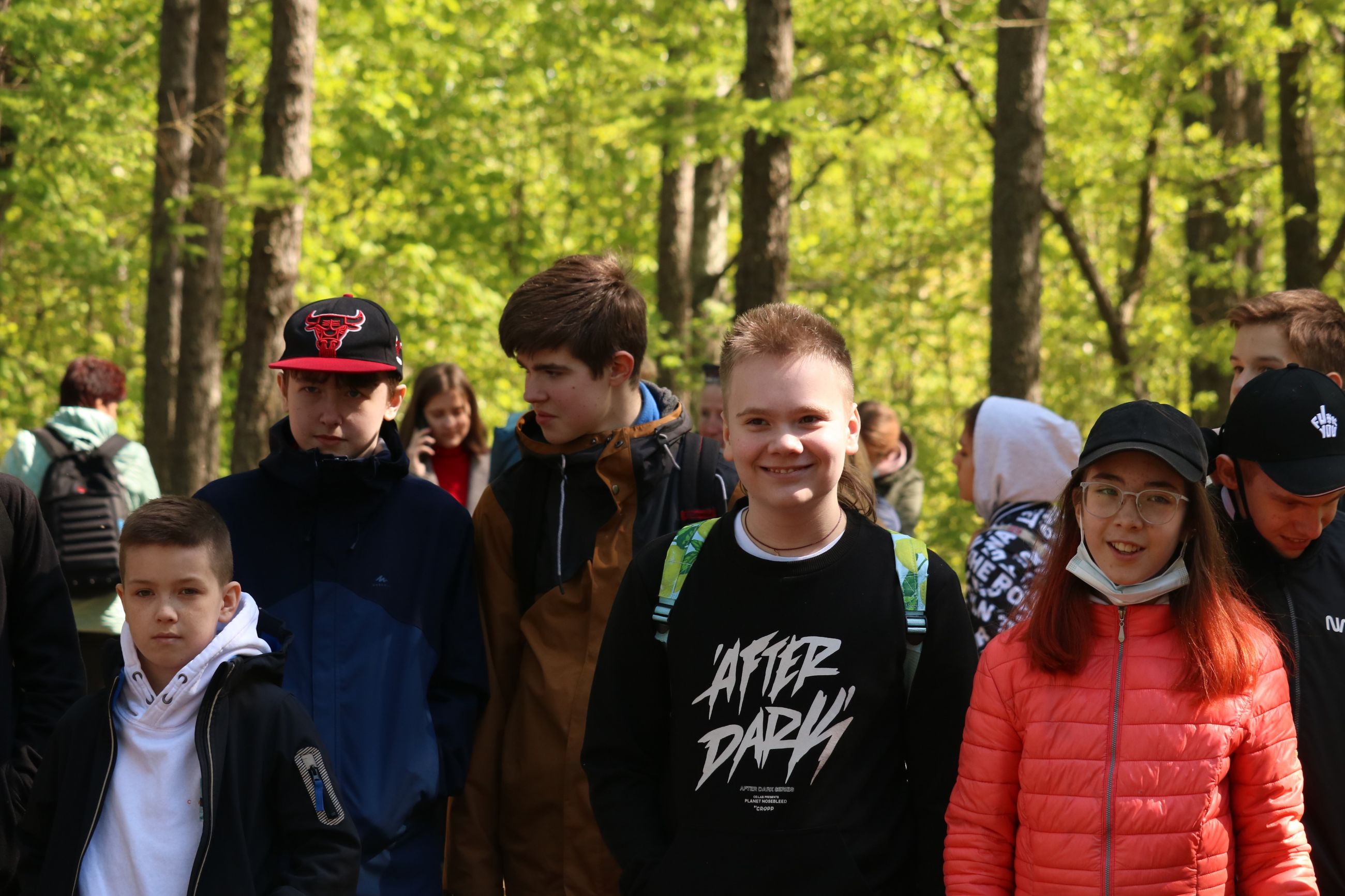 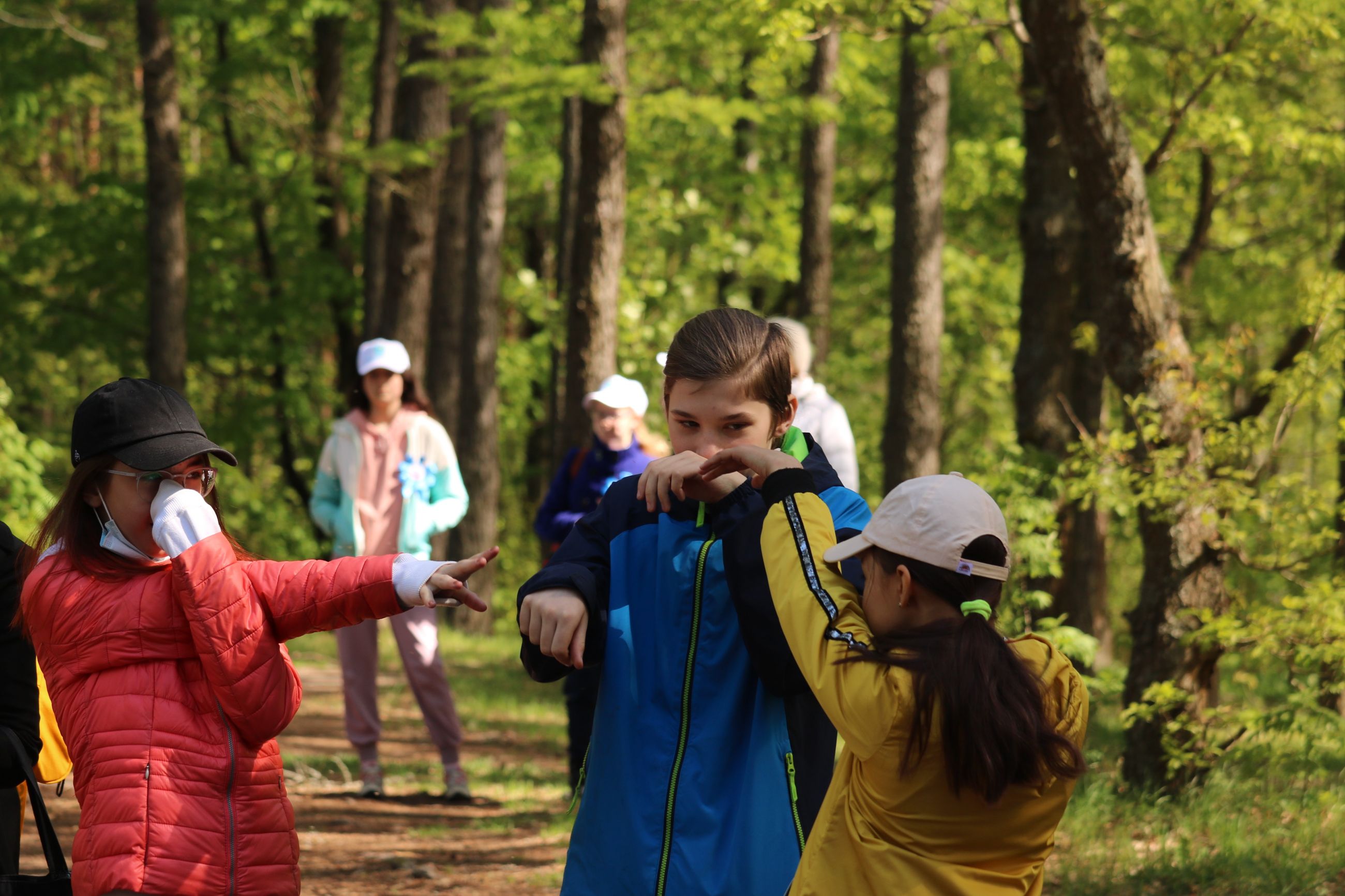 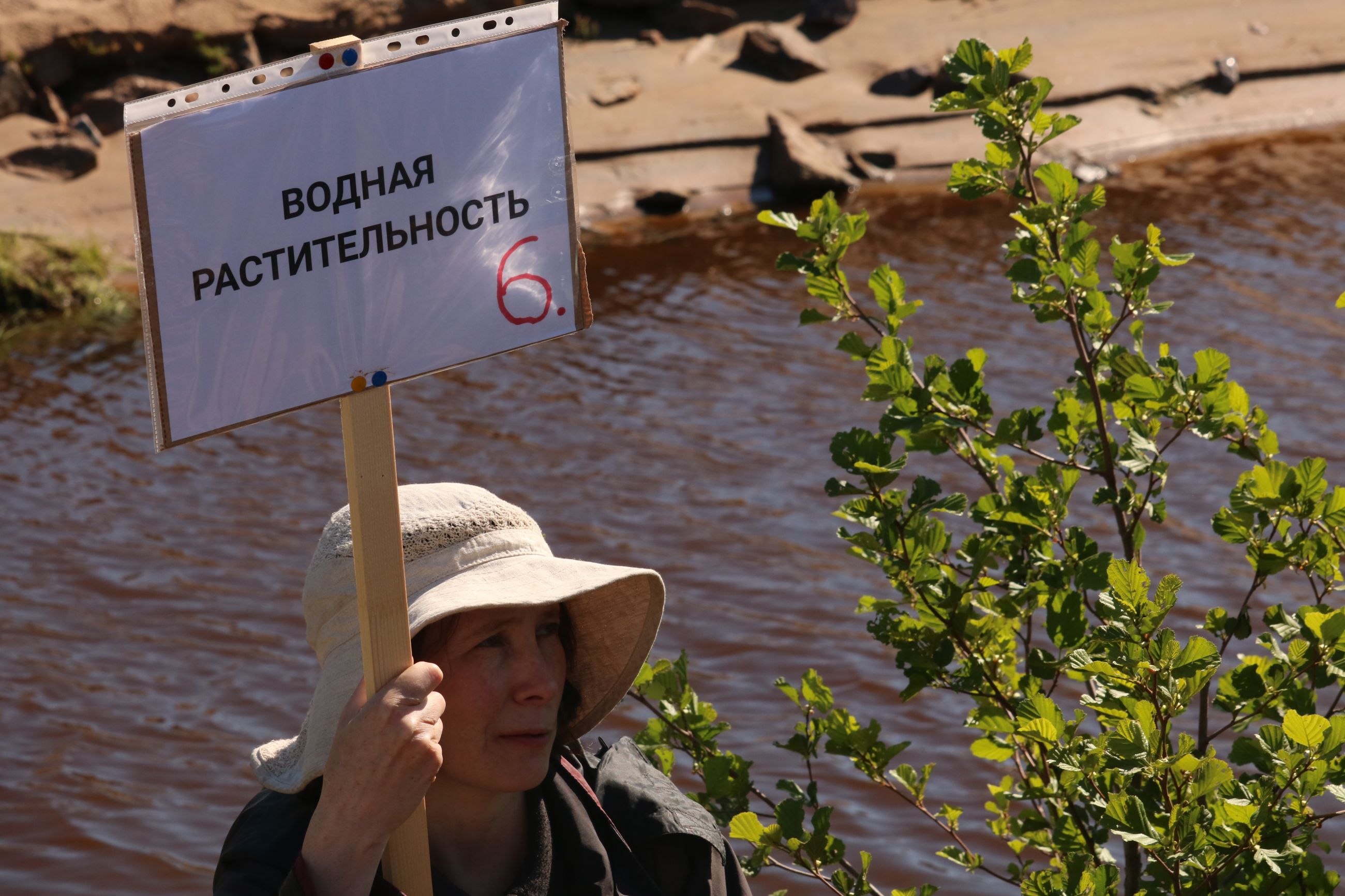 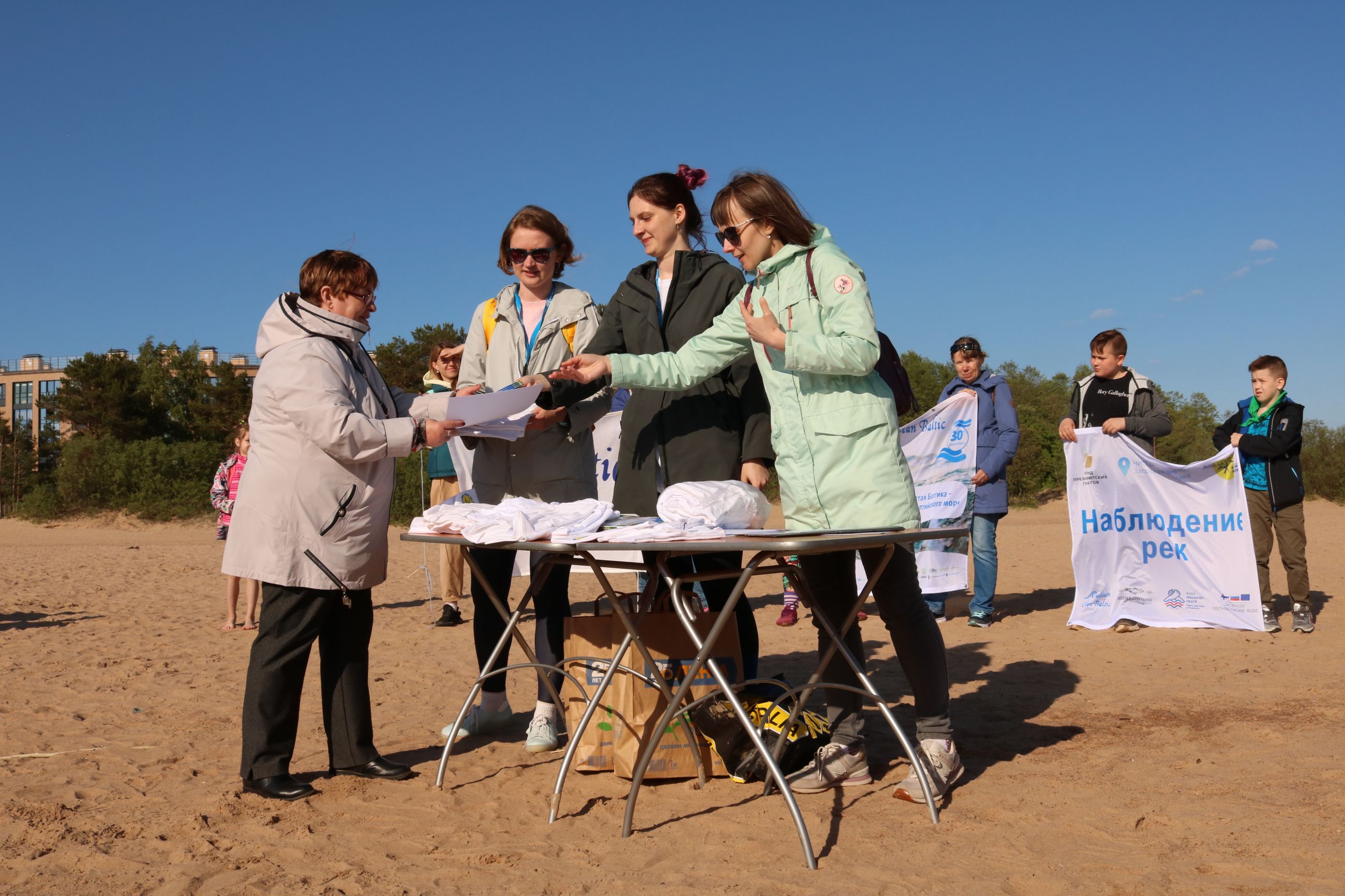 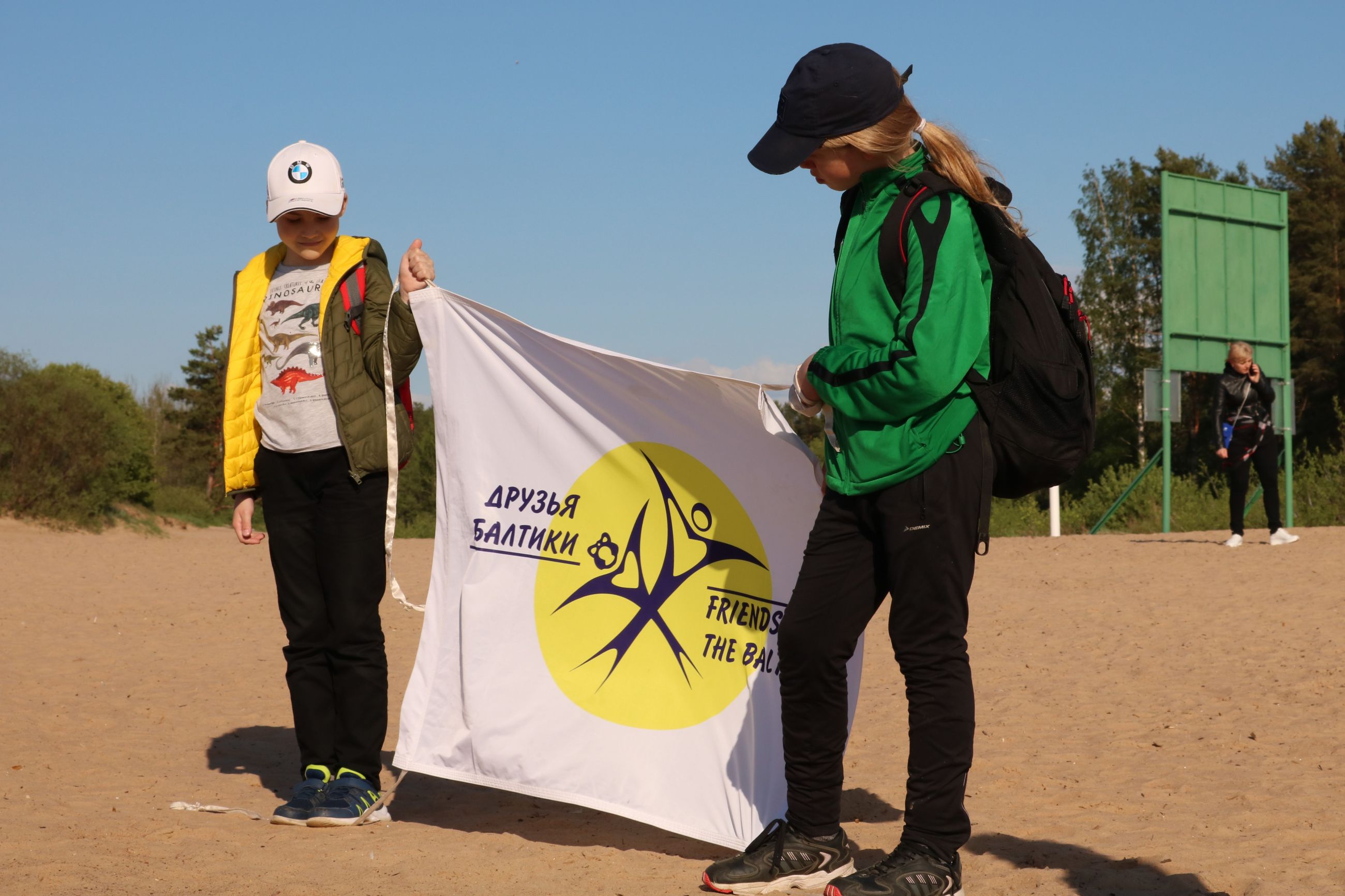 Awarding the participants of the Festival 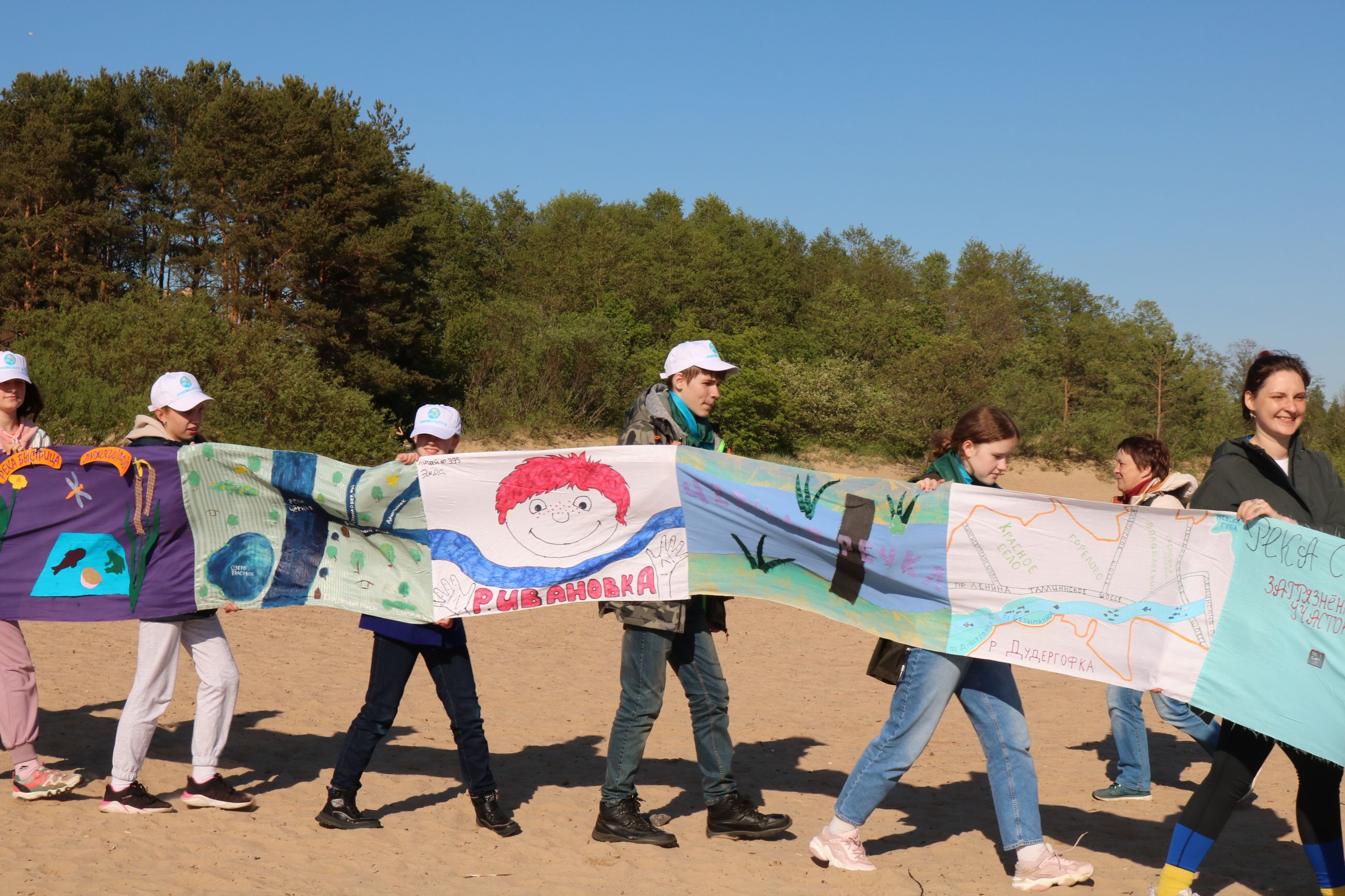 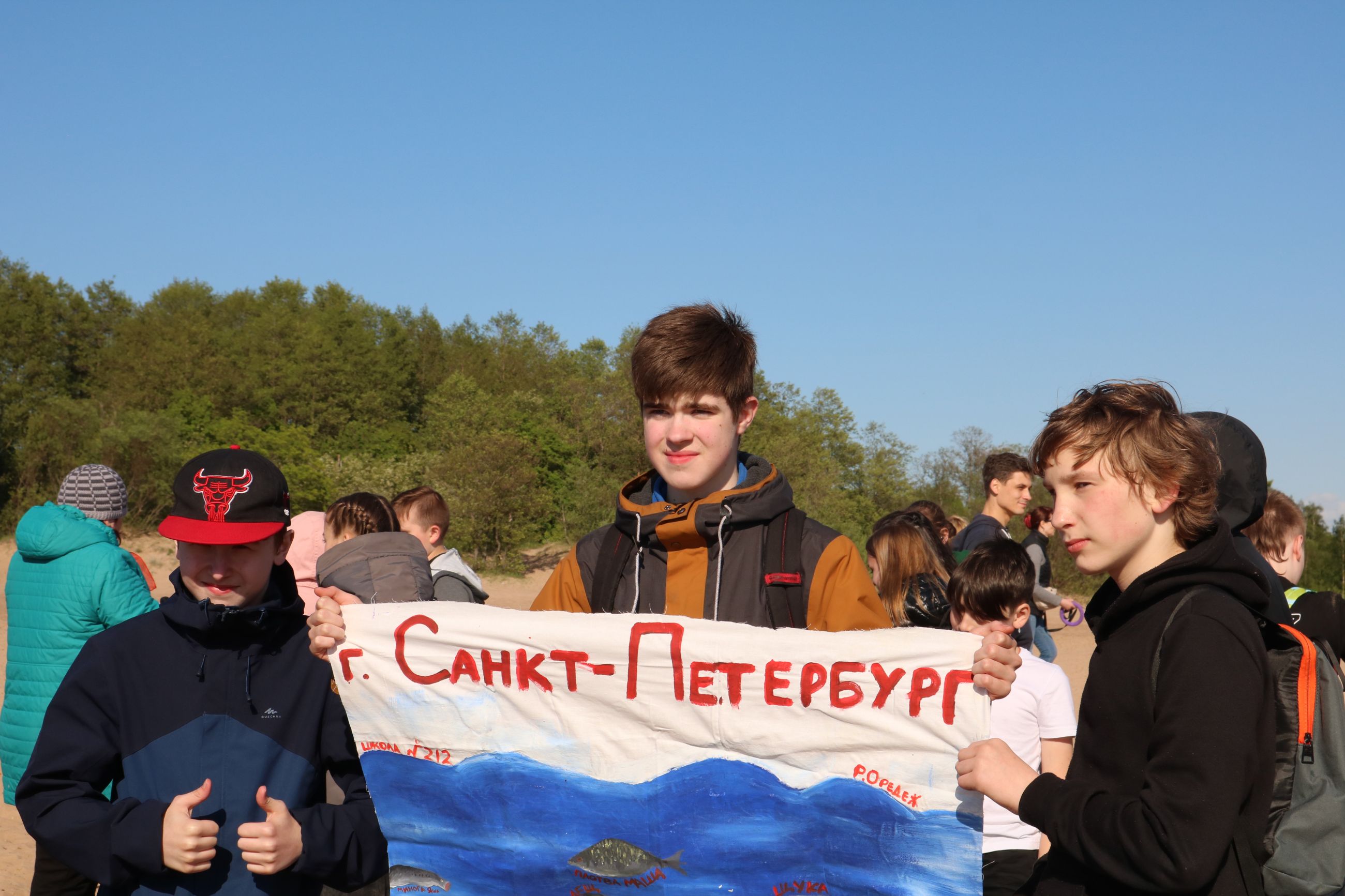 Presenting the teams
Previous Next

Awarding the participants of the Festival

Presenting the teams
Previous Next