Youth conference on climate and energy was organized by Friends of the Baltic, St.Petersburg, Center of Energy Efficiency and Youth Center "PETERHOF" with the assistance of St.Petersburg Committee for Nature Use subsidiary “Mineral”.

At the conference pupils of 6-11 classes of St.-Petersburg and Leningrad region presented their projects on the rational use of energy at schooland at home.

Luga Liceum school team from Leningrad region has developed energy-efficient greenhouse project. It is well insulated and using energy developed by biodegradation of organic waste and leaves. Also the greenhouse reaches high light conditions with the help of the reflection effect. Students of the Lyceum #395presented the project of energy saving with the light motion sensor, which had paid off in 4 months. 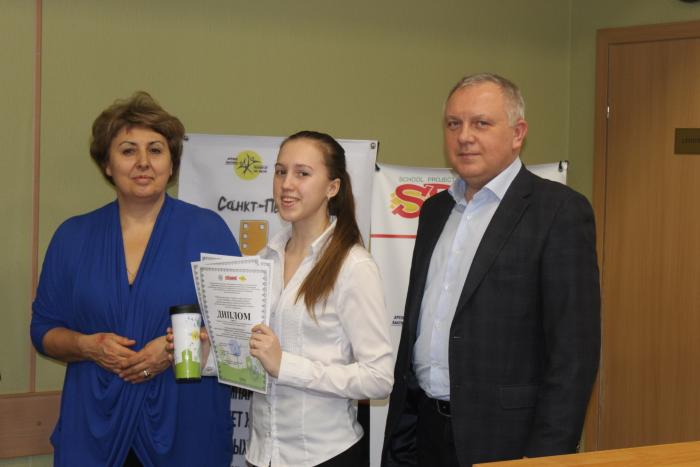 Margarita Drozd had a presentation on energy-saving methods she introduced in the Palace of children's creativity "At Voznesensky Bridge". The building is a part of the historical Foundation of the city and many of the technical opportunities are unavailable for it, so the most effective methods of energy saving have become installing the heat-reflective screens behind radiators and repairing the cracks in windows and doorways.

Lavrentiy Fisenko investigated the efficiency of solar charger. He was testing it charging gadgets for one summer month. As a result he showed that in summer this device saves about 2500 Watts of electricity (which is equivalent to reducing greenhouse gas emissions by more than 30 liters).
Aptukov Michael (school #579) in his project "Solar panel DIY" showed the possibility of creating a 4-watt solar panels, suitable for charging small devices. Among the winners also were such projects as: video "the Tale about the way people illuminated their houses" by Tali Paul, the project "Candle light dinner" and the leaflet with daily tips on saving energy named "The message from Earth to Russians." 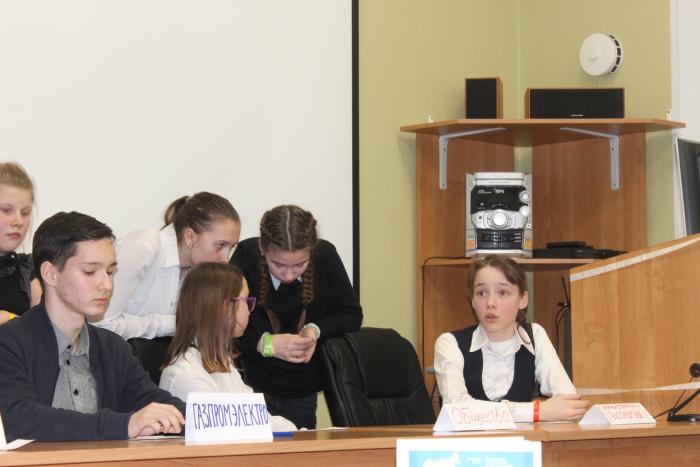 The debates on solving the problem of climate change was the highlight of the conference. Students played the roles of scientists, businessmen, politicians and public figures. Teachers asked them questions on behalf of journalists. "Scientists" have decided to present the position of the international UN expert group on climate change and argued that climate change is a very serious problem for all, and people should do everything they can to slow down this process. Young participants introducing "business" came up with the Gazprom energo Company, which gradually develops wind energy. At the same timethe company sets fair prices for its energy and does not increase gas production trying to be environmentally responsible. Thus the company is waiting for state subsidies for renewable energy development. It is also waiting for the conditions when consumers will be able to choose themselves which energy they want to buy - coal, gas, or wind.The role of the Ministry of environment was taken by so-called "politicians".They expressed a desire to make decisions that protect nature and the climate. And "society" - youth public organization – decided to promote scientific data and to tell people how to be more eco-friendly in everyday life.

The annual inter-regional competition is a part of the all-Russian contest "Energy and environment" co-founded by the Federal Agency of Education of Russian Federation in 2005. The co-organizers in St. Petersburg are St.Petersburg Center for Energy Efficiency , Youth Center "PETERHOF", regional public environmental organization Friends of the Baltic, Academy of Postgraduate Pedagogical Education and the Ecological-biological Center "Krestovsky Island" (part of St. Petersburg city Palace of Youth Creativity).